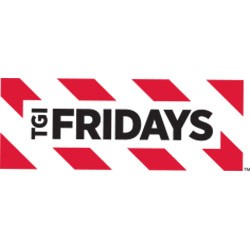 Send my interest What is this?

New York City,1965. A New York City perfume salesman named Alan Stillman walks into a bar located at First avenuw and 63rd Street. His idea was to attract trendy models and stewrdesses into the neighborhood by jazzing up this unassuming beer joint. Single-handedly, the perfume man turns this modest location into an instant success. He called it TGI Fridays.

The first TGI Fridays restaurant to open in Cyprus was in 1996, in Nicosia City centre. Since then, TGI Fridays has been bringing our special brand of fun to restaurants all across the island. Today we have seven restaurants. Two in Nicosia, (City Centre & Mall of Cyprus), three in Limassol (Enaerios, MyMall& Limassol Marina), one in Larnaca (Finikoudes) and one in Paphos (Kings Avenue Mall).

Do you want to receive notifications related to new job positions, career and entrepreneurship matters?